Here you can discuss all things Latin. Use this board to ask questions about grammar, discuss learning strategies, get help with a difficult passage of Latin, and more.
Post Reply
8 posts • Page 1 of 1

Nos a villa per vias Miseni properavimus. We hurried from the villa through the streets of MIsenus. Does nos add extra emphasis? Thanks, Paul.
Top

Yes. Nos would be superfluous if this is a simple isolated statement with no context, but would be appropriate if the speaker/writer intended to contrast "our" actions with those of another person or group. Latin is a "pro-drop" language -- a language in which person and number are encoded in verbal inflections, and hence personal pronouns are not usually expressed.
Bill Walderman
Top

Dunno is a prodrop example in English.
Top

Misenum. It was a port town in Campania where many wealthy Romans had houses.
Fures privatorum furtorum in nervo atque in compedibus aetatem agunt, fures publici in auro atque in purpura.
Top

I think Misenum was the port where the Roman fleet was stationed. There were probably villas there but the super rich had their villas further along the coast at fashionable Baiae. Unfortunately on my recent trip to Naples although I managed to see Baiae (although most of it is underwater now) I failed to work out the logistics of a trip from there to Misenum on public transport. Having failed to get to Misenum I missed the port from which Pliny sailed on his ill fated trip to investigate the Vesuvius eruption . On another day however I managed to stand on the beach at Stabiae (Castellammare di Stabia) and gaze over the bay at the louring presence of the volcano, romantically imagining that this was where Pliny had died overcome by ash (?). I have to say that standing on that beach was a very moving experience. Its one thing to read the Younger Pliny's account of his Uncle's death its quite another to be standing there - Vesuvius just seems to dwarf everything and I felt very insignificant. 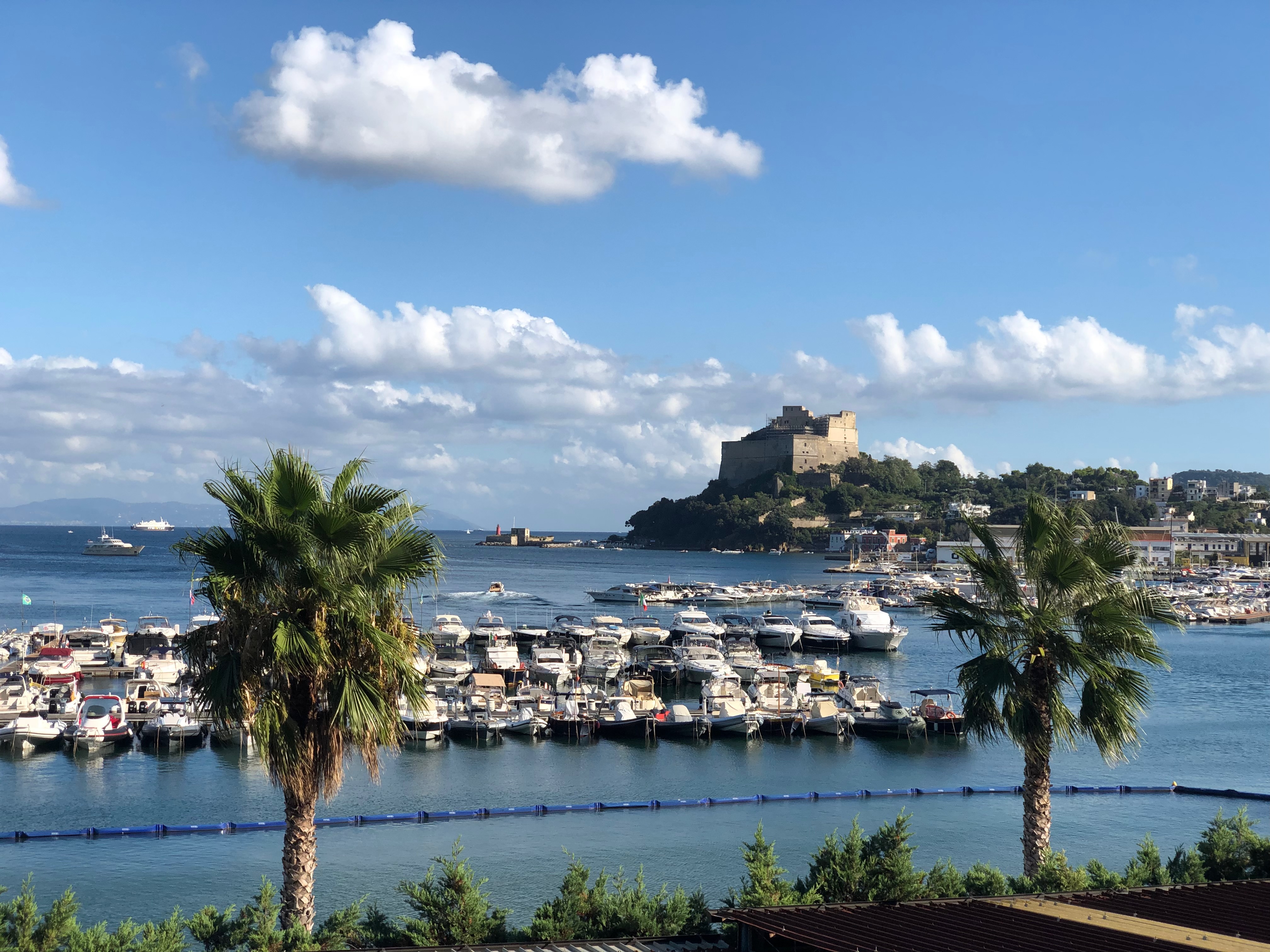 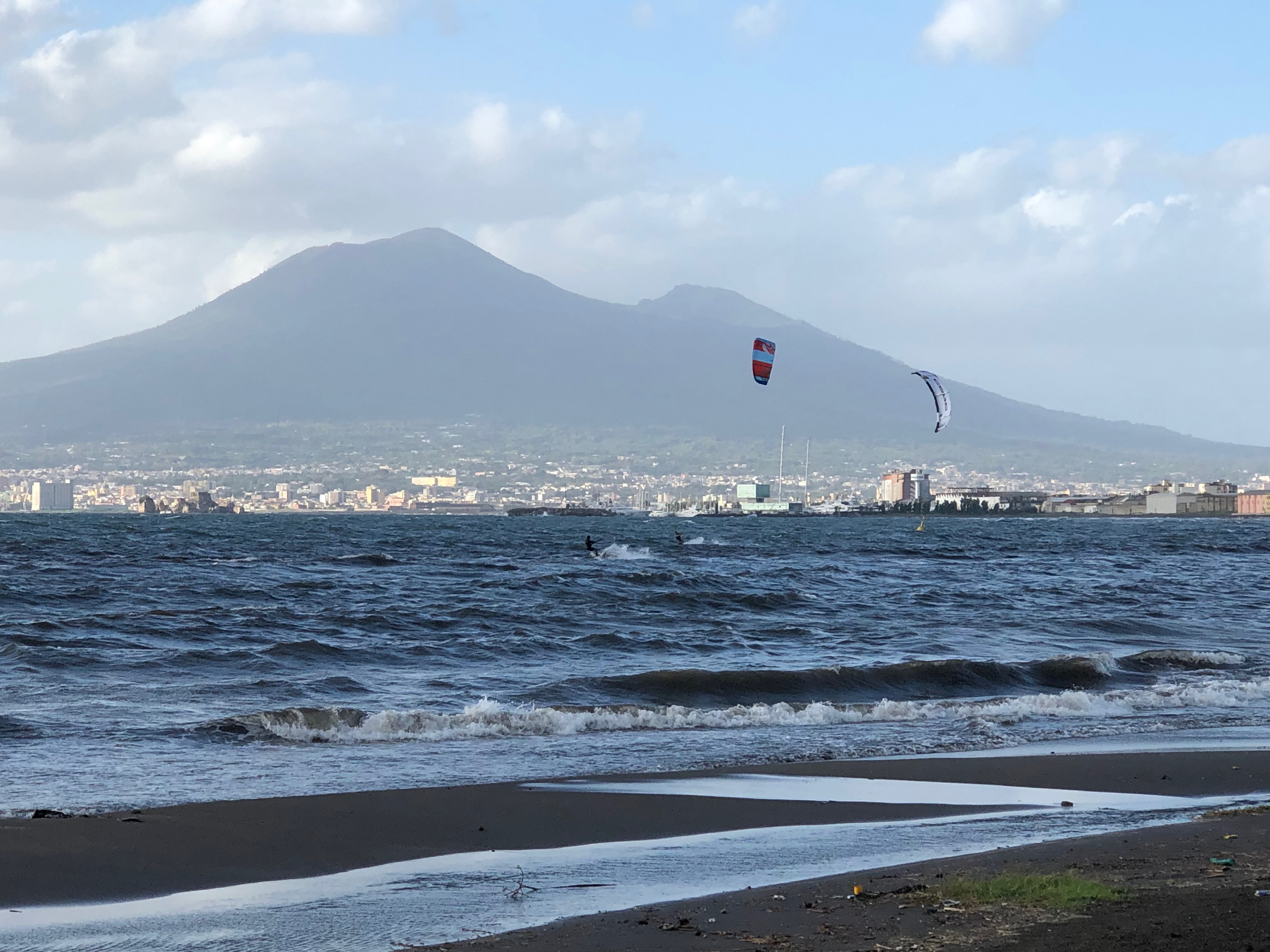 Thanks for posting these images, Peter. If I remember correctly, the elder Pliny died of a heart attack or stroke. He was very overweight.
Bill Walderman
Top

Bill I think you are right, although diagnosis via a text 2000 years old is fraught with difficulty.

" Pliny's death does not conform to a picture of a man being suffocated or strangled. Nor would we expect an inhalation of sulfurous fumes from a volcano 9 miles away to be instantaneously fatal. We can, of course, be olfactorily aware of sulfurous fumes long before they reach a lethal concentration. Pliny the Younger thought that some "gross vapor" had obstructed his uncle's breathing and blocked his windpipe. But again this would seem to cause a spell of choking rather than instant death. Pliny's windpipe, as his nephew reported, "was not only naturally weak and constricted but chronically inflamed." He was in his fifty-sixth year, and his nephew stated that he was "pretty fat.""

So while the eruption was not the immediate cause of Pliny's death I think the exertions of travel and his attempts at rescuing his friends might have contributed to it.

seneca2008 wrote: ↑Tue Dec 20, 2022 1:53 am I think Misenum was the port where the Roman fleet was stationed. There were probably villas there but the super rich had their villas further along the coast at fashionable Baiae.

I think it depends a bit on what era we are talking about. This Britannica article confirms it was a favorite villa resort until the end of the Republic. Marius, Lucullus and the emperors in turn owned the largest villa on the summit. I also remember Plutarch mentioning that Cornelia, mother of the Gracchi, lived there after their deaths. Agrippa seems to have made it a naval base in 31 B.C.

Thanks for sharing your experience of the area and the beautiful pictures btw!
Fures privatorum furtorum in nervo atque in compedibus aetatem agunt, fures publici in auro atque in purpura.
Top
Post Reply
8 posts • Page 1 of 1