Here you can discuss all things Latin. Use this board to ask questions about grammar, discuss learning strategies, get help with a difficult passage of Latin, and more.
Post Reply
6 posts • Page 1 of 1

In the glossary of Familia Romana, "feminīnum, -ī, n.; masculīnum, -ī, n.; neutrum, -ī, n." in this form, it appears as a noun. At the same time, the dictionaries (OLD, Lewis and Short) do not include such nouns, they are only adjectives in the neuter gender. Do these nouns exist then or not?
Top

Another example is "Semper avarus eget." L&S Elementary listed it separately as a noun, but the bigger L&S did not.

Thanks for the reply. Meanwhile, I also found an everyday example. "vacuum, -ī, n." in my dictionary, which also includes medieval words, it already appears as a noun, while in ancient dictionaries it appears only as an adjective. The only thing that was misleading was that it is listed as a noun in the glossary of Familia Romana, but as an adjective in the text at the point of reference.
Top

FYI Here is what OED third edition wrote at the beginning of the word noun: 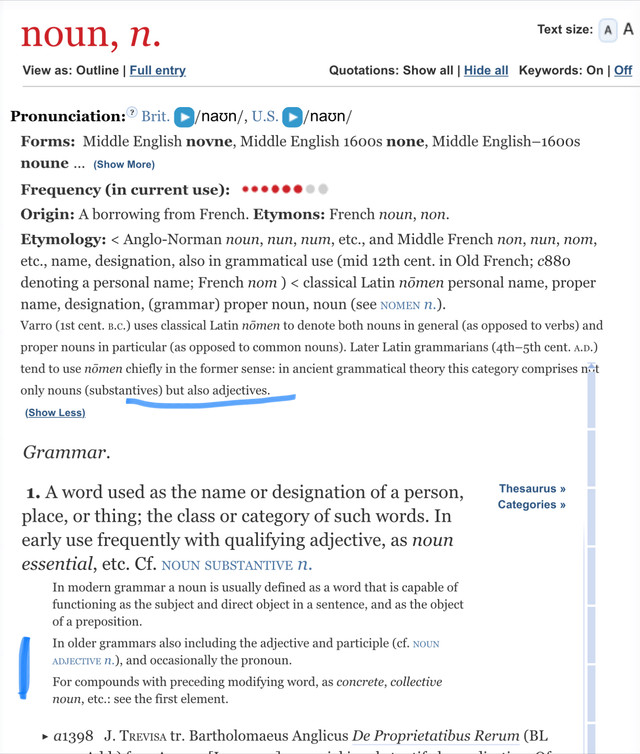 But my own copy of LLPSI only listed “vacuus a um 4.66” as an adjective in the gloss with no separate entry for “vacuum, -ī, n” as a noun.


Meanwhile, I also found an everyday example. "vacuum, -ī, n." in my dictionary, which also includes medieval words, it already appears as a noun, while in ancient dictionaries it appears only as an adjective.

I just double checked "ancient" dictionaries online from https://logeion.uchicago.edu/vacuus and realized L&S (unabridged), DMLBS and L&S Elementary have ALL embedded the noun (substantive) use of vacuus as well as Frieze Dennison's detailed vocabulary to Vergil: 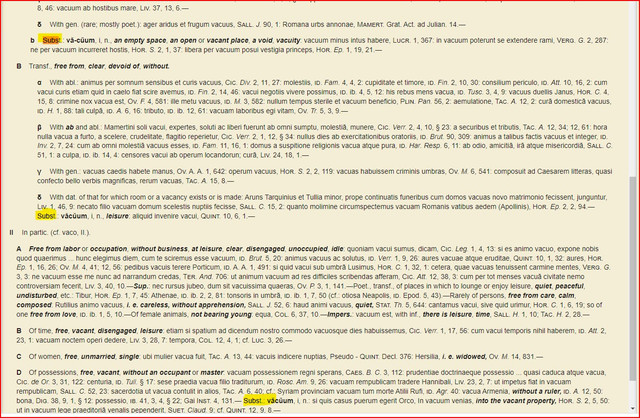 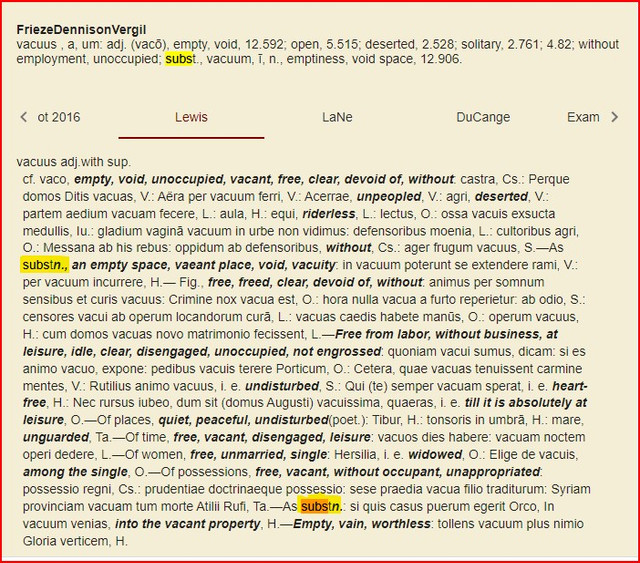 3. DMLBS (which is of course, medieval Latin): 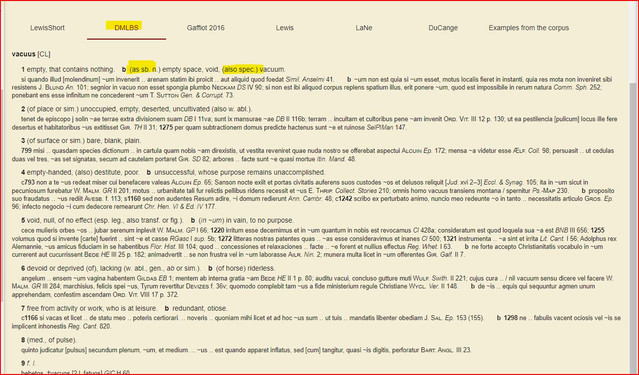 I didn't take the vacuum example from LLPSI, I just brought it up to confirm the use of an adjective as a noun, which you wrote about.
Top

You're right, I also found vacuum in L&S incorporated into the article vacuus.
Top
Post Reply
6 posts • Page 1 of 1