Galileo's Use of the Colon

Galileo's Use of the Colon

Referring to Sidereus Nuncius, how is the colon used and what does it signify?

For example, at the bottom of his page 17, two lines above the diagram, are two colons separating three clauses. It seems to me that the two clauses after the first colon run together across the second colon for me to make sense of the later two clauses. I think he's trying to say, very roughly, "there are two of equal magnitude and one of them was brighter." But there is colon in the way. What am I missing?

I've seen colons in a lot of Latin and I've normally just looked at them as similar to commas, but a harder break, and not how we would use them in English. Maybe that's not right.
Top

[The little stars adjacent to Jupiter], while they were believed by me to be counted among the fixed stars, nevertheless elicited significant admiration, because they seemed to be disposed in a line that was exactly straight and parallel to the ecliptic : and [to be] brighter than the rest [fixed stars] of comparable magnitude : and their configuration among themselves and to Jupiter was such. [Diagram follows.]

The colons seem to be separating the individual points that he's making, as if they were modern bullet points.

". . . brighter than the rest of comparable magnitude" puzzled me at first, but I think he's comparing the brightness of the Jovian satellites to fixed stars of comparable apparent size/diameter (as seen through his telescope), not brightness.
Last edited by Hylander on Thu Jun 09, 2022 2:46 pm, edited 1 time in total.
Bill Walderman
Top


I think he's comparing the brightness of the Jovian satellites to fixed stars of comparable apparent size/diameter (as seen through his telescope), not brightness

That's an interesting take. I interpreted it to mean he was comparing the brightness of the Jovian moons among themselves. Typically, in modern scopes, stars are points with no angular size; but maybe his scope showed small disks.

When I use my astronomical software to look at Jupiter and its moons on Jan 7, 1610 from Padua (I think he was there at the time), I find the moons to be of slightly different brightness (magnitude), with one brighter than the other two, which were comparable. I also find that two of the moons were very close to each other, but that Galileo likely would not have been able to resolve them with the quality of his telescope. So, four were viewable, but he saw only three. Also, there are no stars near Jupiter as bright as the its moons at that time. (I can post a snip if you'd like to see it.)
Top

I think splendidiores, plural, here applies to all three of the Jovian satellites he saw (or thought he saw) on 1/7/1610. I don't read this as singling out any one of the three apparent satellites as brighter than the others. So I think caeteris magnitudine paribus must refer to the rest of the stars -- i.e., the fixed stars -- of comparable "magnitude." magnitudine is ablative of comparison with paribus.

I'd be curious to see the software snip.
Bill Walderman
Top

I believe you have the correct interpretation of his comparisons. And your assessment of his telescope’s capabilities. Although I have not done extensive research on this topic, I know that it was about 20x and had a field of view of about ¼ of a degree. And, as you say, he would have seen stars as small disks.

As far as snips go, the FAQ page tells me I can't upload images without permission and I don't see anything that tells me I have permission. So, I need some instruction on how to do that.

The other option is to send them to you via PM.

To upload images, upload to imgur.com, and copy the "bbcode" share link and paste it here. The tag will begin with "[img]..."
"Here stuck the great stupid boys, who for the life of them could never master the accidence..."

Jeidsath, thanks for the tutorial. Pretty straight forward.

Hylander,
I haven't done any research on his observation times. So, the following are just some guesses.

The end of astronomical twilight on Jan 7 was around 6:30pm, so I took a time after that as being a good observing time. The snips are from 7:00pm local time Padua. His view would have been hampered by a moon nearby and which was close to full.

The second shows a closer-in view. I added labels except for Io which is just east of Europa. He clearly did not resolve Io and Europa. But the disk of the two should have appeared brighter/bigger than the other moons. In fact, you can see the pair look brighter in the first picture if the software is any indication.

Incidentally, his next diagram in from Jan 8. When I scoot the sky to the next night, I find that all four moons were visible, but that he shows only three. Curiously, he missed Callisto which was quite far to the east. I plan on putting these snips in my humble translation at some point.

Any comments or corrections are welcome. 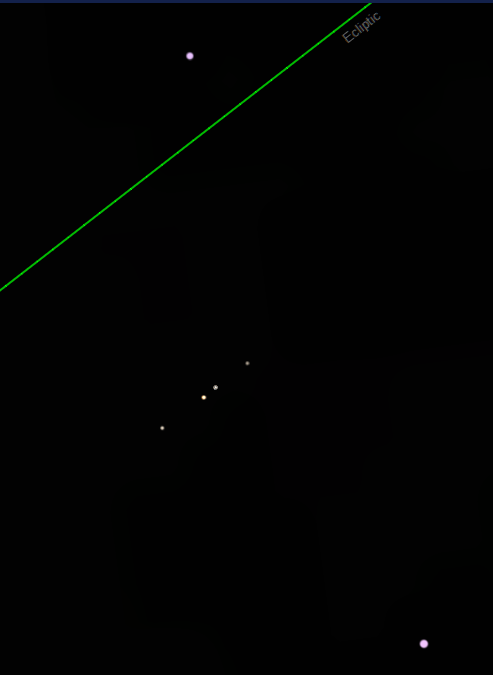 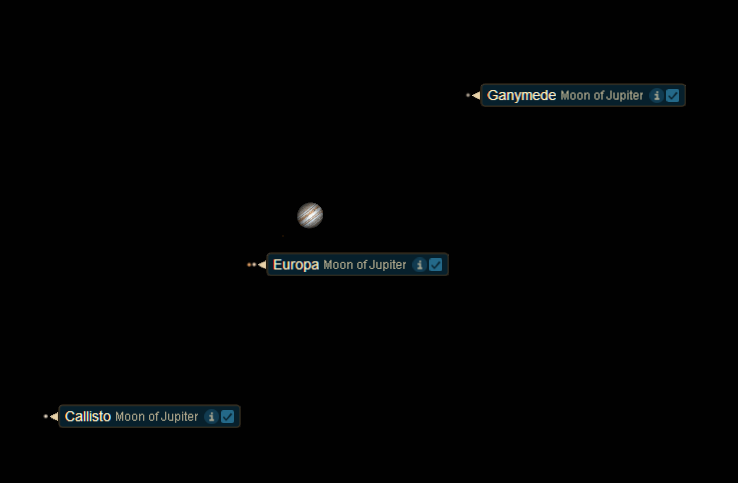 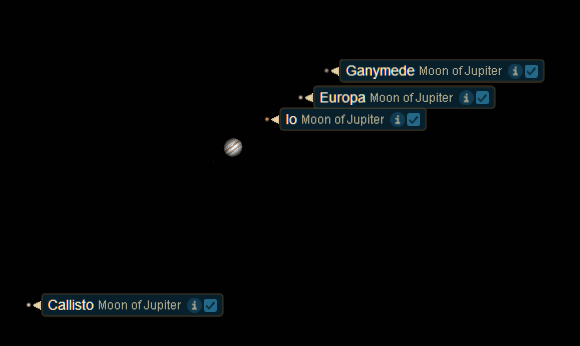 Thanks for posting these, Wilbur. I wonder whether Callisto was in his field of view on Jan. 8.

I'm enjoying his narrative, which captures his excitement of discovery!
Bill Walderman
Top

Hylander wrote: ↑Sun Jun 12, 2022 2:31 am I'm enjoying his narrative, which captures his excitement of discovery!

Below is a snip of the Jan 8 sky with a presumed fov (0.25 degrees) of Galileo's telescope centered over Jupiter. I presume when he saw three moons on Jan 8 he was satisfied because he saw three on Jan 7. Or perhaps he saw Callisto and didn't associate it with Jupiter as it was further away.

I find this work very compelling and so enjoyable as well. You can sense his excitement and wonder, which I can relate to as a scientist myself.

Thanks to you both for your comments and help. I appreciate your involvement in my project

Jan 8 with the telescope's fov centered on Jupiter 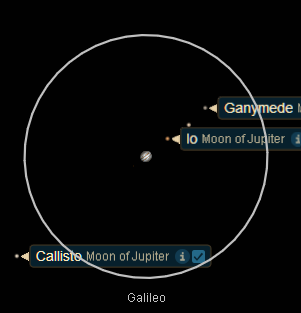 And Shenoute, thank you too. I didn't mean to leave you out on the previous post. Your comments have also been very useful.
Wilbur
Top
Post Reply
11 posts • Page 1 of 1

Return to “Medieval and Neo-Latin”