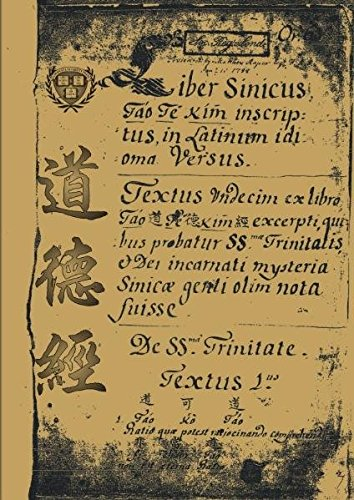 The first translation of the Dao De Jing into a Western language was executed in Latin by some of the Roman Catholic missionaries, and a copy of it was brought to England by a Mr. Matthew Raper, F.R.S., and presented by him to the Society at a meeting on the 10th January, 1788,—being the gift to him of P. Jos. de Grammont, 'Missionarius Apostolicus, ex-Jesuita.' In this version Dao is taken in the sense of Ratio, or the Supreme Reason of the Divine Being, the Creator and Governor.

Does a scan or text of this translation exist anywhere? The above image was easy to find, but that seems to be all there is of it. Several of de Grammont's letters exist online. He seems to have played a minor role in French-Anglo-Chinese politics and was attached to the Qing court as a mathematician and musician (Chinese name Liang Dong-cai, 梁棟材).
"Here stuck the great stupid boys, who for the life of them could never master the accidence..."

Re: First Western translation of Laozi

Return to “Medieval and Neo-Latin”