As I'm learning Coptic I'm also adding the etymology to my list of words and also to the bottom of my flashcards. I've been studying Middle Egyptian for over a year now, so I already know how to read Hieroglyphs, Hieratic a bit less since I only started a few months ago and I only recently took up Demotic.

So just for fun sometimes I like to take Coptic and write it in Hieroglyphs, whenever possible since about 15-20% of Coptic vocabulary is of Greek origin, but often there are entire "pure" Egyptian sentences to play around with. Also it's not in a phonetic orthography but in an etymological one, that is I take the word how it was written in earlier stages of Egyptian and place it where it should go in Coptic. Late Egyptian is the most common source since it falls into the same "phase" as Coptic together with Demotic. Words in earlier Egyptian, that is Old and Middle, often don't have equivalents to Coptic words or their spelling is less preferable to that of Late Egyptian. 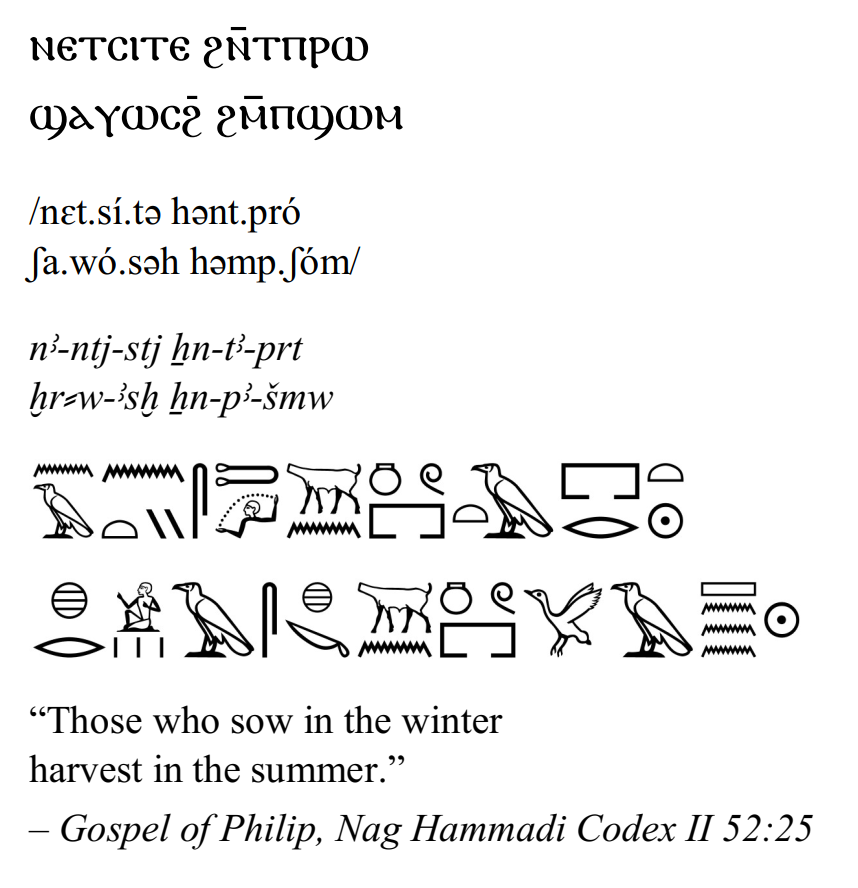