A nice ostracon kept at the Met (see here) and coming from the excavations conducted at the monastery of Epiphanius, on the western bank of the Nile, across Luxor, near Deir el-Bahari. If you're interested in it, the results of the excavations have been published in 1926 in two volumes.

I typed a transcription and added Crum's translation:

Just a couple of comments.

ⲁⲣⲓ ⲧⲁⲅⲁⲡⲏ is a very common formula. Literally it means "Do the charity" (or whatever agapê means), and consequently can be translated as "Do me a favor and..."/"Would you be so good as to..."/"Please,..."/etc.
Here, it is followed by a 2nd p. sg. Conjunctive, ⲛⲅ̄+Infinitive. The conjunctive kind of is an empty verb form in that it has no tense or the like. It basically functions as an extension of a preceding construction. Because of this, translation depends on what comes before. For instance,

In both sentences, the conjunctive is exactly the same (ⲛⲅ̄ϣⲁϫⲉ ⲛⲙ̄ⲙⲁϥ), but it takes its meaning from the preceding Future tense in the first sentence and the imperative in the second sentence.

The ostracon is riddled with them and the first 9/10 lines are just one series of conjunctives relying on the initial imperative:

The last one being a 1st p. sg. Conjunctive (ⲛ̄ⲧⲁ-), it cannot be translated as an imperative and illustrates the purpose/result nuance the conjunctive can take.


One thing I noticed is the use of ⲕⲁⲛ... ⲕⲁⲛ… for "or...or…". I’m not sure that’s something you would find as such in Classical/Literary Sahidic, where ⲕⲁⲛ is used in conditional sentences "(even) if". But maybe I have encoutered it already and just don’t remember. And, of course, it may not be such a jump between the two uses: "Get goat skins, even if 3, even if 4"/"should it be 3, should it be 4"/etc. 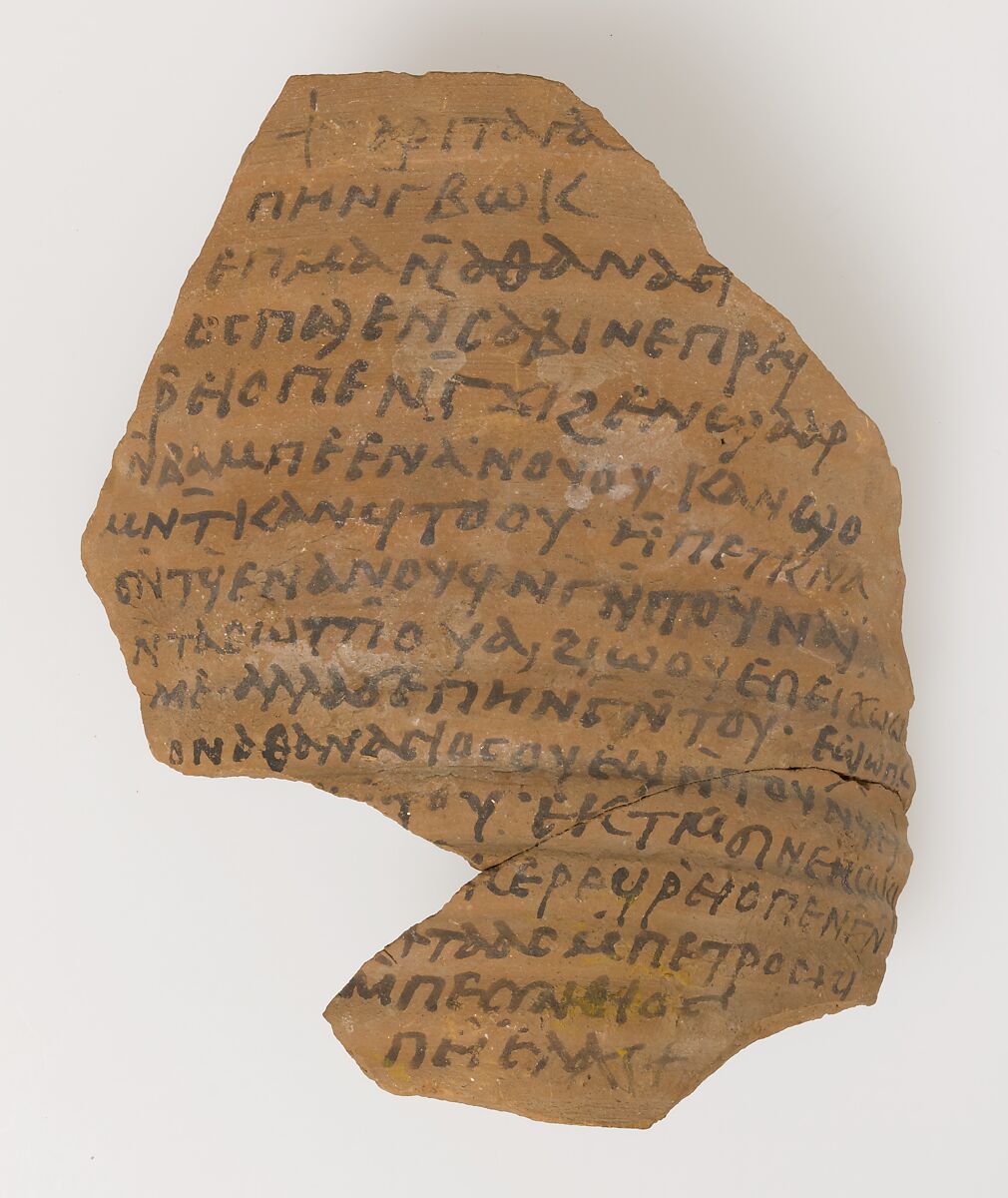 Part of the monastery during the excavations: 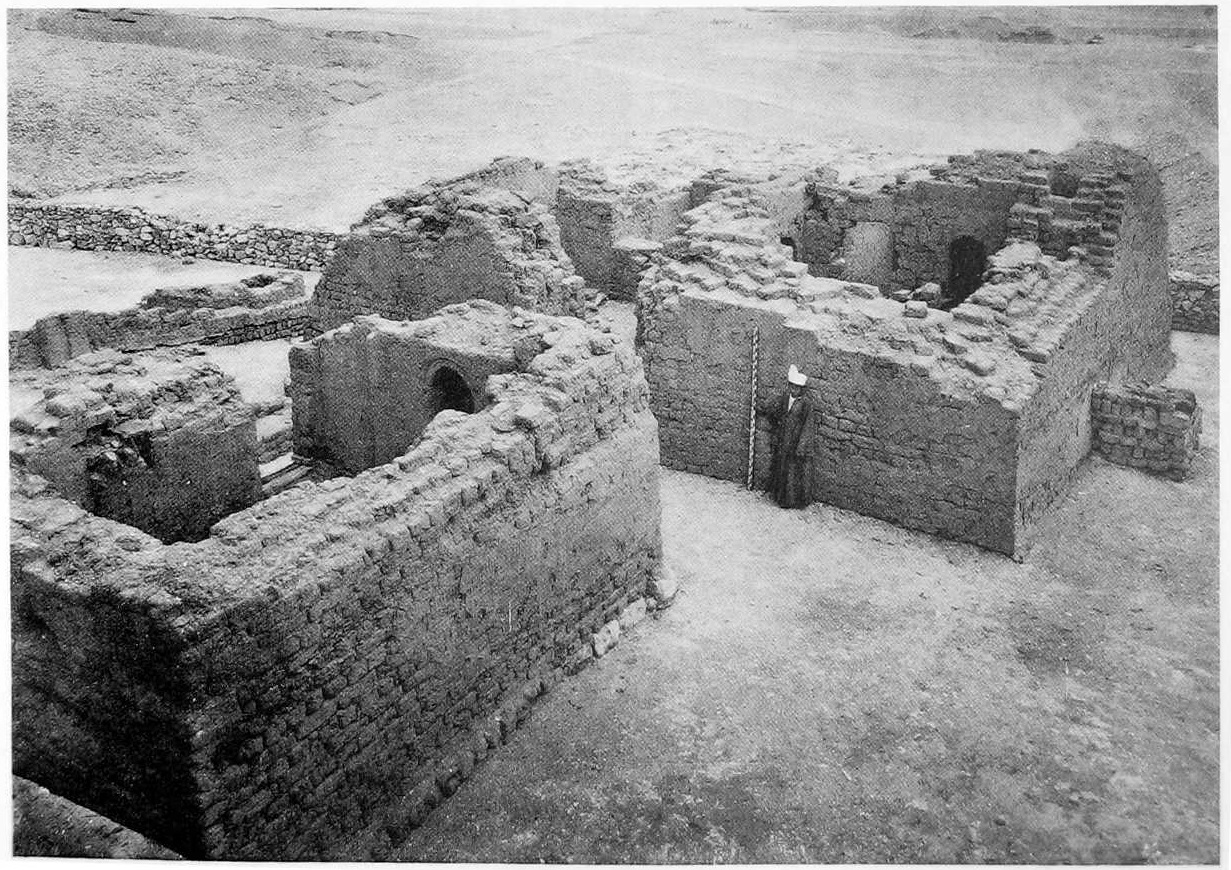 On καν, would the Coptic represent Gk. κἅν i.e. καὶ ἐάν? (εαν often collapsed to αν, and και (ε)αν to καν.) Greek has εἴτε ... εἴτε (whether ... or). I don't recall seeing doubled κειτε or καντε in the documentary papyri, but it might be worth checking?

Yes, Coptic ⲕⲁⲛ comes from the Greek, I should have mentioned that.
ⲉⲓⲧⲉ...ⲉⲓⲧⲉ is what I'd expect most of the times in Coptic for "either...or". And ⲏ for "or". Coptic really plundered Greek for conjunctions.

Interesting. I wonder if this was already there in some form during Late Antiquity and if Coptic got it directly from Greek.

I did a bit more looking around about ⲕⲁⲛ...ⲕⲁⲛ. Layton's Coptic grammar (concerned with standard Sahidic, i.e. Bible, Shenoute, and a few other authors) doesn't seem to mention it. I also can't find anything like it in the NT, using Lefort's Concordance du Nouveau Testament sahidique.

On the other hand, Förster (Wörterbuch der griechischen Wörter in den koptischen dokumentarischen Texten) gives some examples of the construction. For instance, in a legal document from the Theban region (P. KRU 44):
ⲣϣⲁⲛⲟⲩⲁ ⲇⲉ ⲧⲟⲗⲙⲁ ⲕⲁⲛ ⲧⲉⲛⲟⲩ ⲕⲁⲛ ϣⲁⲟⲩⲟⲉⲓϣ ⲛⲓⲙ
if one dares, either now or at any point in the future

A quick look at other documentary texts suggests it wasn't too rare in non-literary texts.
Top
Post Reply
3 posts • Page 1 of 1