I recently received a copy of Eric G. Turner's lectures "The Papyrologist at Work" from a bookseller in Amsterdam. I found these notes on the back of the book, which normally I would let pass, but that I would post about due to the subject matter of the book it is attached to.

I can't make out much, but it seems to be a Netherlander's record of an Italian vacation? Presumably in February 1981 or 1987 (February 1976 matches on days of the week, but the leap year rules it out.) 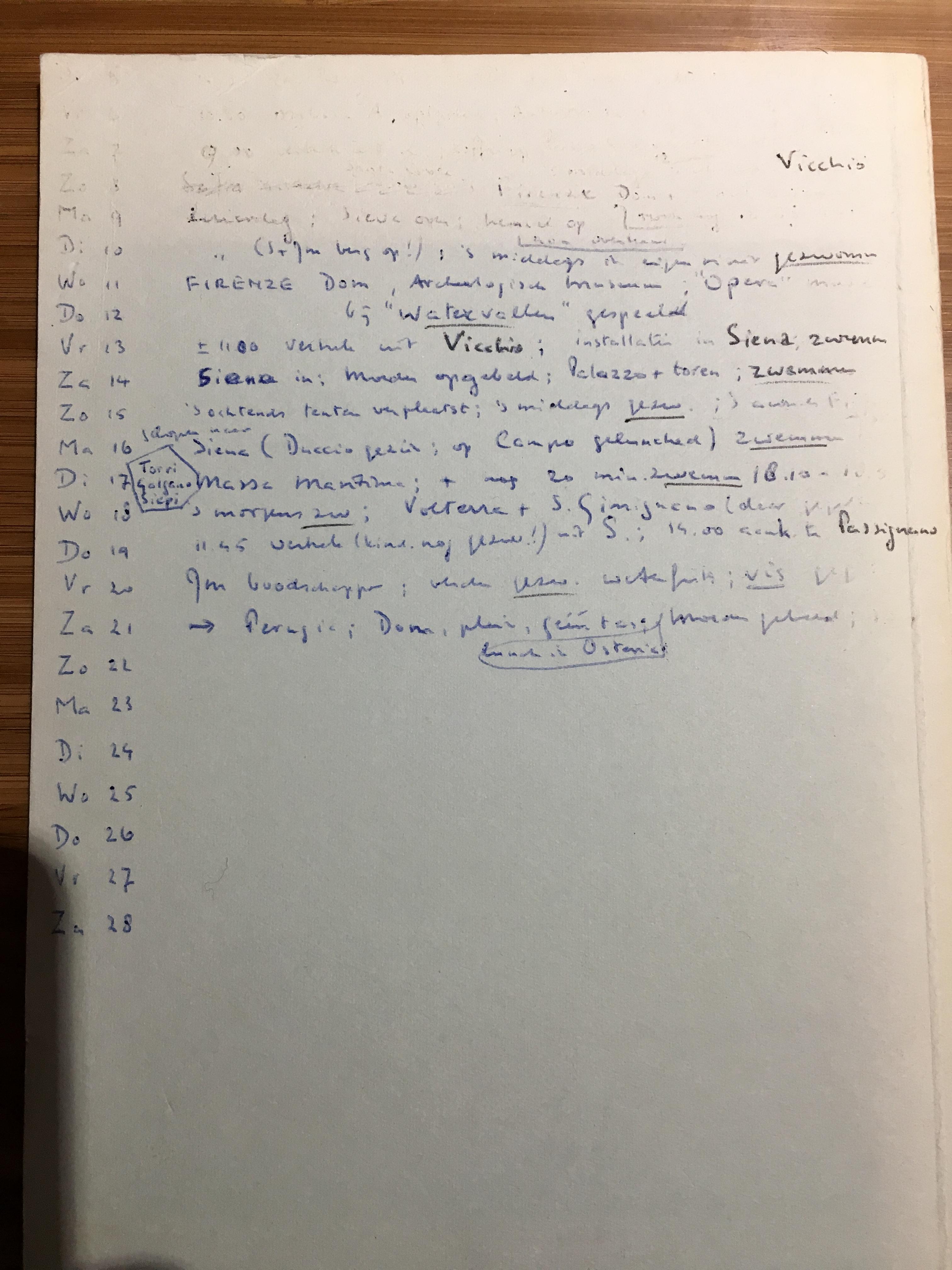 So what? I don't get anything
Semper Fidelis
Top

I think you hit the jackpot, Joel! This seems to be a priceless artifact recording the travels of a Batavian clansman to the south in the latter part of the 20th century. Apperently he swam a lot (typical Batavian behaviour), played next to a waterfall (this is open to interpretation) and visited some kind of holy shrine (the 'Dom') in a place called Firenze (Etruscan?). Oh, and he called his mother once.
Lucky you!
Top

But we haven't touched on the deepest mystery -- all of the swimming is underlined in different ink, but the same hand. Presumably this was a collation step on its way to another swimming-centric document, one which remains yet to be discovered.
Joel Eidsath -- jeidsath@gmail.com
Top

Return to “Open Board”